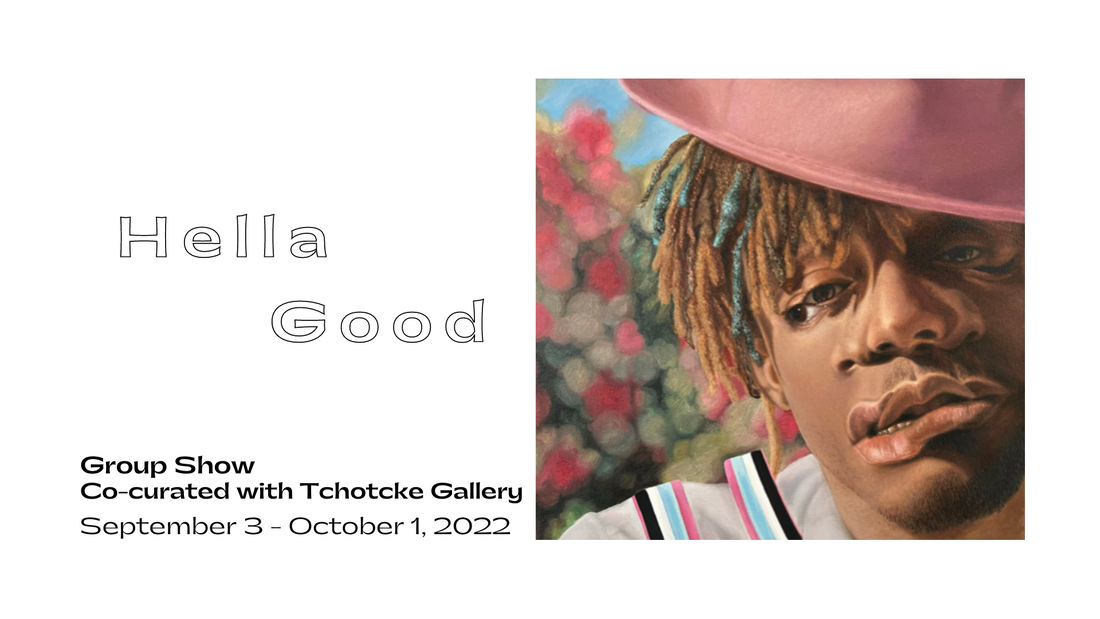 Inspired by the culture of California, both female-founded galleries have come together to celebrate the legacy and decadence of the Golden State. Cementing itself in the public mind as America’s own version of paradise, California remains an undeniable muse for past and present generations alike. Events originating on the West Coast, such as the Gold Rush of the 19th century, have provided endless inspiration for arts and entertainment, as well as influenced global advancements both economically and socially.

One hundred years following the iconic Gold Rush, another West Coast cultural phenomena was created, this time in the Bay Area: the colloquial use of “hella”. With a group of nine dynamic artists each slated to respond to their own interpretations of the term, “hella” appropriately encapsulates the driving force that ties the exhibition together. All with differing practices, the exhibition highlights the evolution, and unification, of various stylistic approaches while keeping the archetypal status of the Golden State in the periphery.

Exploring opposing views of the term through the longstanding Northern versus Southern California rivalry, the exhibition also sets out to bridge the proverbial gap. According to participating artist Adrian Kay Wong, "growing up in the Bay Area, there are many deeply nostalgic things that I hold close to my heart to this day, like Oakland Chinatown grocery runs or watching the rolling hills pass by on the 580 as my dad plays Santana on a burned CD. While I left Norcal well over ten years ago and have since relocated to LA, I can't shake my roots just like I can't shake the habit of saying "hella". It's an integral part of my vocabulary and I'll continue to let it color my language."


__________
​
​
The opening reception will run from 4 - 7 pm on September 3rd and is open to the general public for walk-ins. Private appointments can be made on our website to view the exhibition after the opening reception through October 1st. Masks are optional, but encouraged. Thank you for your cooperation in keeping us all safe and healthy!
​
​