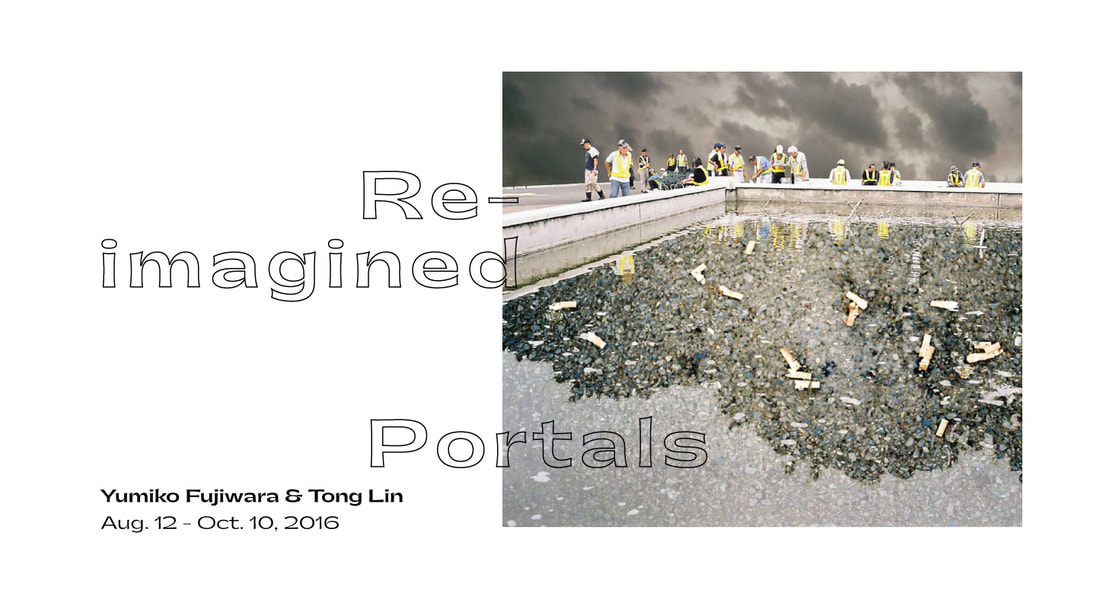 Glass Rice is proud to present Reimagined Portals, a show focused on reimagined landscapes, or portals if you will, that are done in two different mediums, one of them being digitally manipulated photographs, and the other being oil paint on canvas.

Fujiwara's six photographs come from a series called 'Komorebi' (木漏れ日) in Japanese, which translates to "sunlight filtering through trees". This series began in 2015 when she began importing textures gathered from analogue photos through Photoshop, using them to create visually illusive animations for a short experimental film. Through this initial film- project, she developed an interest in digitally manipulating analogue photographs to become multi-dimensional; incorporating several aspects of time, memory, place and light to become a singular, photographic experience. In manipulating and combining several photographs into one, her intent was to blend together unique moments to mirror impressions of certain places and times that she holds in her personal memory. All of the photographs used to create this series come mostly from her visits to Fukushima and Tokyo, Japan, as well as few from the United States.

Tong's series of paintings that will be exhibited are a collection of works ranging from the mid 1990's to 2015. For more than 50 years, he has been fascinated by nature’s many manifestations. Traveling back and forth between Russia and Beijing, Tong gathered most of his source material from these trips. His use of color is brilliant and vibrant, truly reminiscent of the impressionist era. Each scene is heavily texturized, drawing the viewer in to a portal and placing them in a timeless setting, transcending your typical landscape. Whether he paints an image of the serene countryside in the fall, an untouched spring meadow, or the brooding of a winter storm in the distance, Tong’s work remains very quiet. His thick brush strokes dot his canvases almost rhythmically, giving his subject matter life with abstract qualities. Tong’s inherent understanding and brilliant use of color is harmonious with what nature looks like in its most glorious state, captivating, rather than showing. Despite his classical training, Tong brings a contemporary style to “traditional” landscape painting.