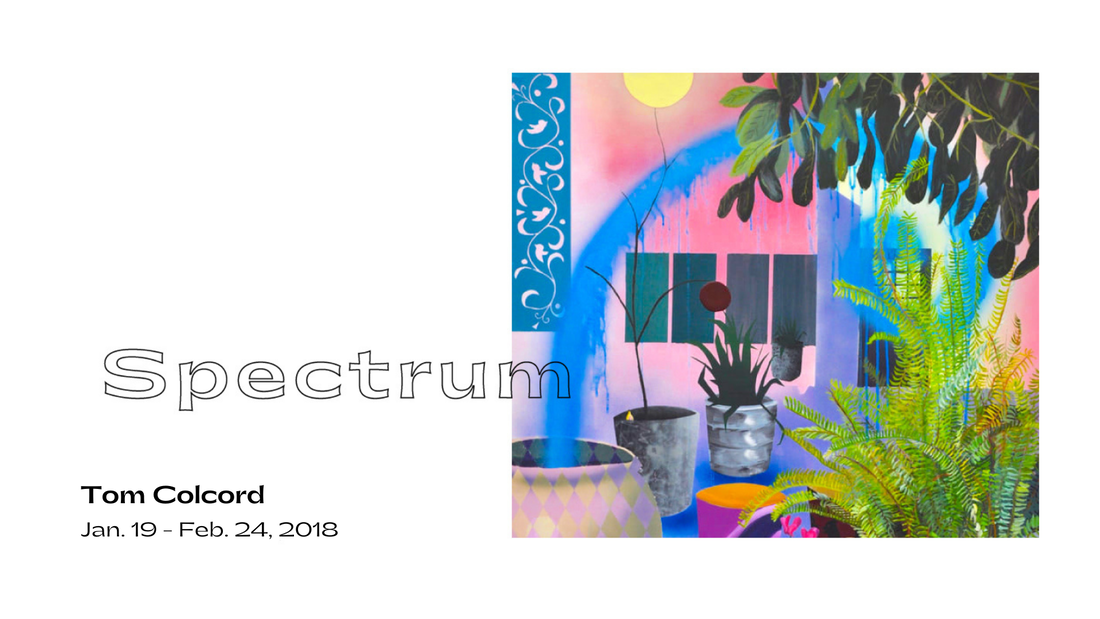 Alfred Kinsey realized that sexuality was not binary, but actually a spectrum. This groundbreaking idea struck a chord with Tom Colcord early on while completing his undergrad at Indiana University Bloomington, the birthplace of the Kinsey Institute. Fascinated by this idea, he followed an introspective route that had him wondering that if sexuality is indeed a spectrum, then other identifiers must be as well. In the artist’s own words, “Morality, personality, potential, all the things we identify with or use to describe ourselves may actually be gross generalizations…”. This thought set the premise for what would later become Spectrum, a series of work focused on the development of an artist’s intent, rather than the advancement of a stylistically cohesive body of work.
Glass Rice is proud to present Spectrum, a solo exhibition featuring new paintings by Tom Colcord. Experimenting with multiple forms of painting techniques and materials, Colcord has created a series of paintings that are disparate in style yet similar in color palette. Photoshop and modernist inspired flatness clashes with contemporary realism and alien color palates in this saturated exhibition. Rather than concerning himself with subject matter, Colcord has immersed himself in the process of creating, allowing all versions of himself to invent. The range of methods, from figurative in Flowerman, to abstract qualities in Climate Change Denier/Shapeshifter, to everything in between, allows Colcord to move through a variety of painting techniques, each one an homage to both the style, as well as his own personal development. Colcord uses multiple layers of color and form to permeate all of his paintings, while maintaining a diversity of approaches. In each painting, Colcord meditates on a different idea, attachment, or fascination, with a color palette that remains almost omnipresent as you travel between the varying dimensions. Alone, his paintings talk about a singular idea, together, they crystallize into the artist’s essence.